Journalism Day at the Guthrie 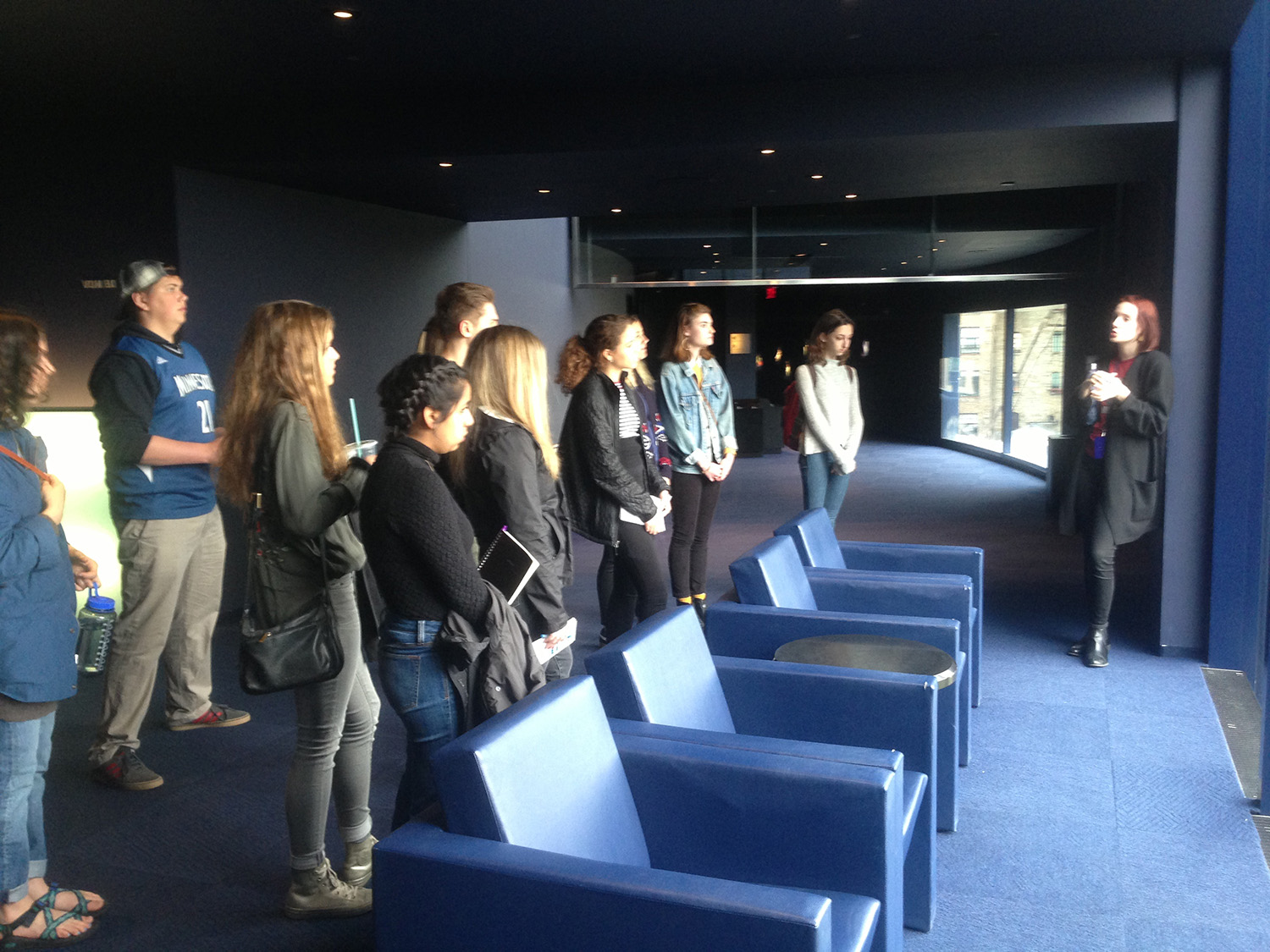 Fourteen students representing six schools participated in Journalism Day at the Guthrie on April 16, 2017. Students were treated to a backstage tour of the Guthrie Theater including the set design and costume creation areas. Rohan Preston, theater critic for the Star Tribune spoke to the students and gave his tips on writing reviews. Students also engaged in a question-answer session with Preston. After the speaker, students saw a matinee performance of Toni Morrison’s “The Bluest Eye” adapted for the stage by Lydia R. Diamond and directed by Lileana Blain-Cruz. Students attending Journalism Day at the Guthrie are given a tour of the facility including the backstage areas such as the set design and costume shops. Here, the students learn about the architect’s choice to put the theater on the 4th floor so that theater patrons could enjoy views of the Mississippi and St. Anthony Falls.

Students were asked to submit their reviews for the writing competition to coordinator Laurie Hansen.

The winners in the review writing contest are as follows: